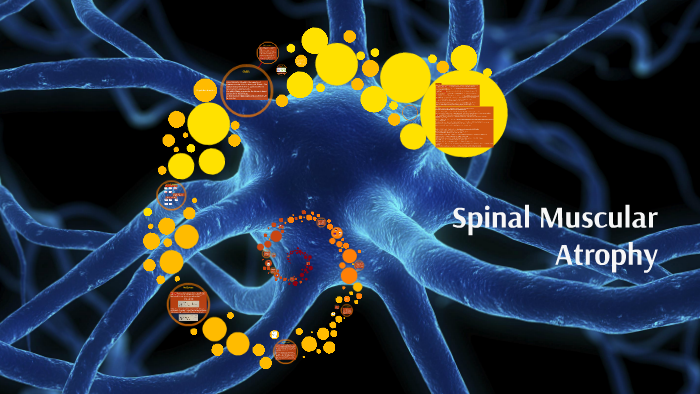 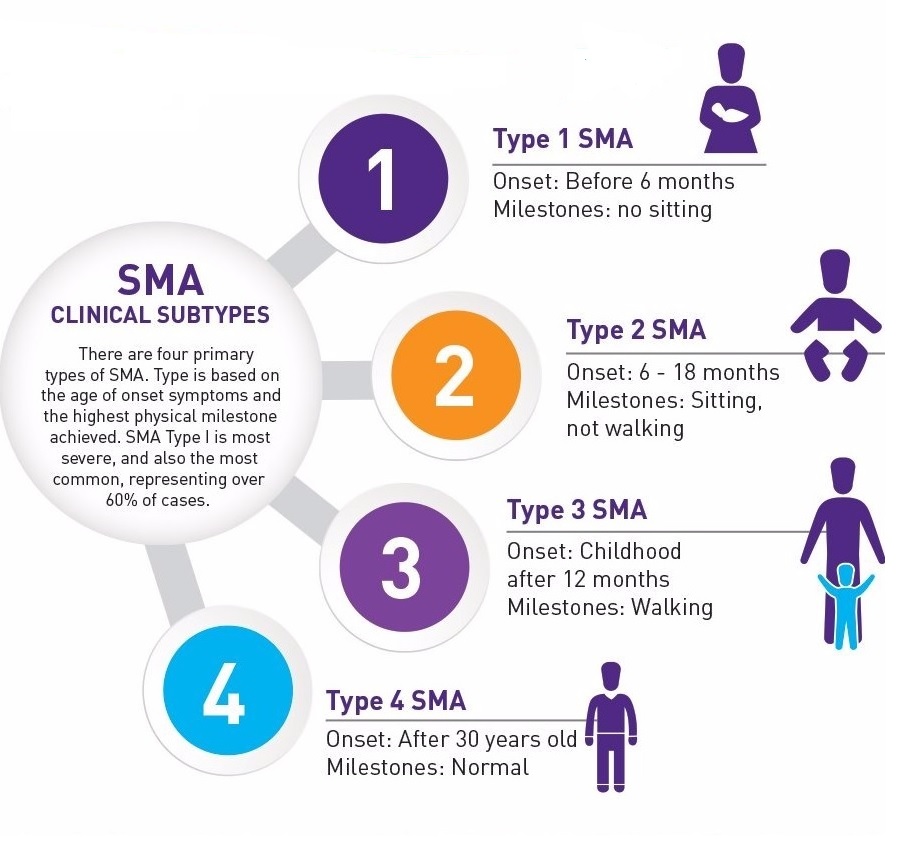 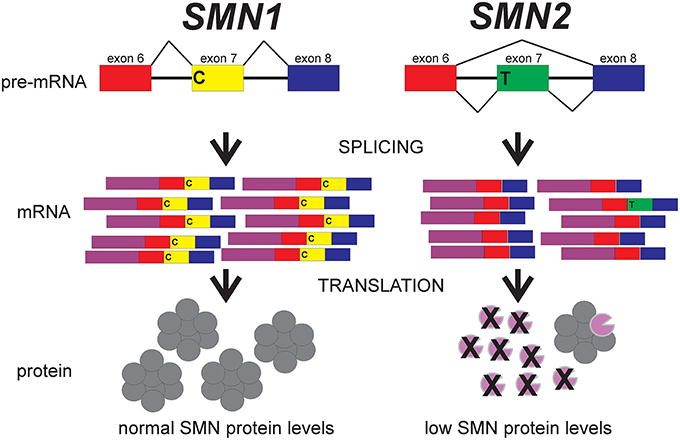 Spinal Muscular Atrophy is a motor neuron disease. The motor neurons affect the voluntary muscles that are used for activities such as crawling, walking, head and neck control, and swallowing. It is a relatively common “rare disorder”: approximately 1 in 10,000 babies born are affected, and about 1 in 40 people are genetic carriers. SMA affects muscles throughout the body. Weakness in the legs is generally greater than in the arms. Sometimes feeding and swallowing can be affected. Involvement of respiratory muscles can lead to an increased tendency for pneumonia and other lung problems. Sensation and the ability to feel are not affected. Intellectual activity is normal and it is often observed that patients with SMA are unusually bright and sociable.

Patients are generally grouped into one of four categories, based on certain key motor function milestones. SMA is an autosomal recessive genetic disease. In order for a child to be affected by SMA, both parents must be carriers of the abnormal gene and both must pass this gene on to their child. Although both parents are carriers the likelihood of a child inheriting the disorder is 25%, or 1 in 4. An individual with SMA has a missing or mutated gene that produces a protein in the body called Survival Motor Neuron protein.

This protein deficiency has its most severe affect on motor neurons. Motor neurons are nerve cells in the spinal cord which send out nerve fibers to muscles throughout the body. Since SMN protein is critical to the survival and health of motor neurons, without this protein nerve cells may atrophy, shrink and eventually die, resulting in muscle weakness. As a child with SMA grows their bodies are doubly stressed, first by the decrease in motor neurons and then by the increased demands on the nerve and muscle cells as their bodies grow larger.

The resulting muscle atrophy can cause weakness and bone and spinal deformities that may lead to further loss of function, as well as additional compromise of the respiratory (breathing) system. There are five types of SMA, Type I, II, III, IV and V. The determination of the type of SMA is based upon the physical milestones achieved. It is important to note that the course of the disease may be different for each child.

Type I SMA is also called Werdnig-Hoffmann Disease. The diagnosis of children with this type is usually made before 6 months of age and in the majority of cases the diagnosis is made before 3 months of age. Some mothers even note decreased movement in of the final months of their pregnancy. Usually a child with Type I is never able to lift his/her head or accomplish the normal motor skills expected early on in infancy. They generally have poor head control, and may not kick their legs as vigorously as they should, or bear weight on their legs.

They do not achieve the ability to sit up unsupported. Swallowing and feeding may be difficult and are usually affected at some point, and the child may show some difficulties managing their own secretions. The tongue may show atrophy, and rippling movements or fine tremors, also called fasiculations. There is weakness of the intercostal muscles (the muscles between the ribs) that help expand the chest, and the chest is often smaller than usual.

The strongest breathing muscle in an SMA patient is the diaphragm. As a result, the patient appears to breath with their stomach muscles. The chest may appear concave (sunken in) due to the diaphragmatic (tummy) breathing. Also due to this type of breathing, the lungs may not fully develop, the cough is very weak, and it may be difficult to take deep enough breaths while sleeping to maintain normal oxygen and carbon dioxide levels. 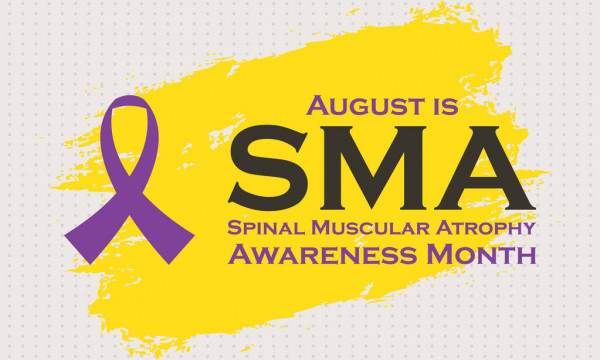 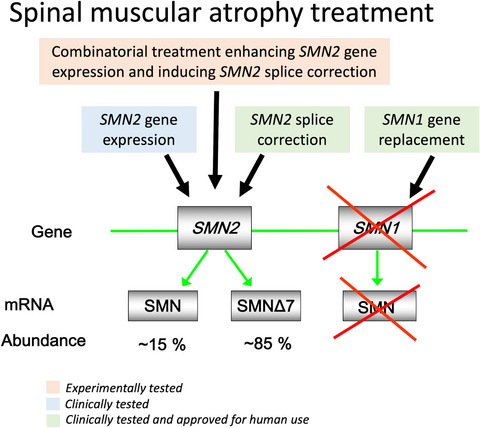 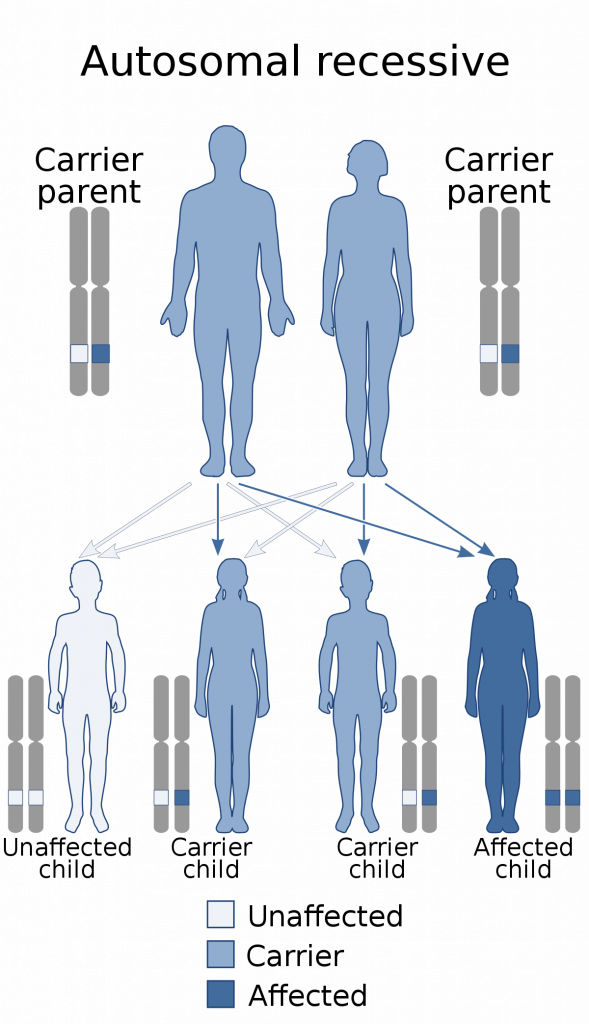 The Diagnosis of Type II SMA is almost always made before 2 years of age, with the majority of cases diagnosed by 15 months. Children with this type may sit unsupported when placed in a seated position, although they are often unable to come to a sitting position without assistance. At some point they may be able to stand. This is accomplished with the aid of assistance or bracing and/or a parapodium/standing frame. Swallowing problems are not usually characteristic of Type II, but vary from child to child. Some patients may have difficulty eating enough food by mouth to maintain their weight and grow, and a feeding tube may become necessary.

Children with Type II SMA frequently have tongue fasciculations and manifest a fine tremor in the outstretched fingers. Children with Type II also have weak intercostals muscles and are diaphragmatic breathers. They have difficulty coughing and may have difficulty taking deep enough breaths while they sleep to maintain normal oxygen levels and carbon dioxide levels. Scoliosis is almost uniformly present as these children grow, resulting in need for spinal surgery or bracing at some point in their clinical course. Decreased bone density can result in an increased susceptibility to fractures.

The diagnosis of Type III, often referred to as Kugelberg-Welander or Juvenile Spinal Muscular Atrophy, is much more variable in age of onset, and children can present from around a year of age or even as late as adolescence, although diagnosis prior to age 3 years is typical. The patient with Type III can stand alone and walk, but may show difficulty with walking at some point in their clinical course.

Early motor milestones are often normal. However, once they begin walking, they may fall more frequently, have difficulty in getting up from sitting on the floor or a bent over position, and may be unable to run. 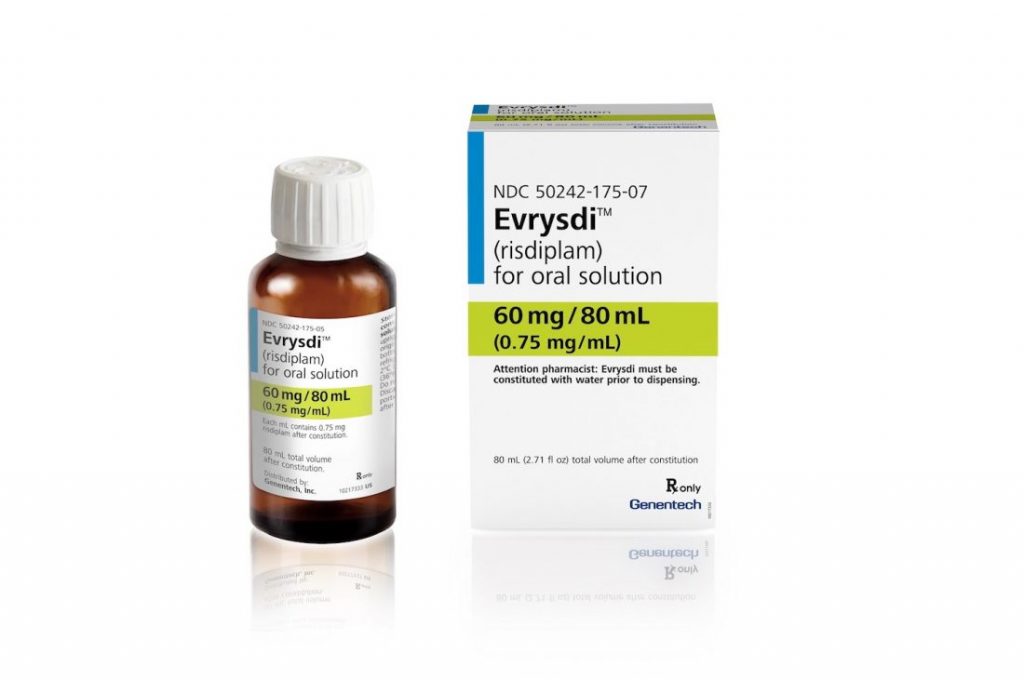 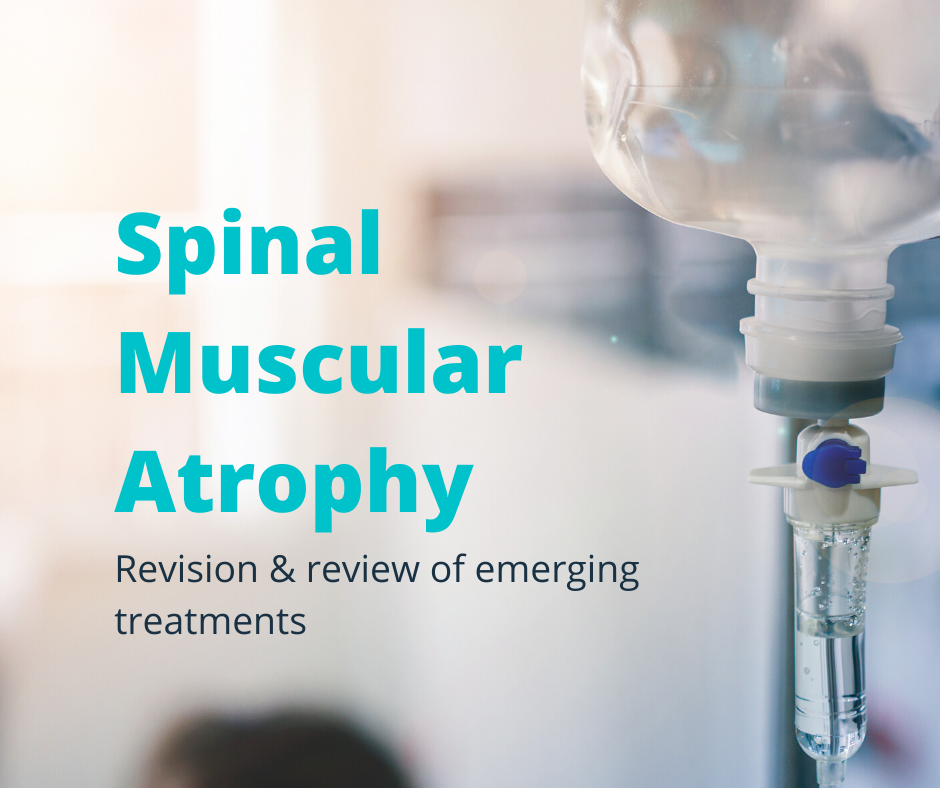 In the adult form, symptoms typically begin after age 35. It is rare for Spinal Muscular Atrophy to begin between the ages of 18 and 30. Adult onset SMA is much less common than the other forms. It is defined as onset of weakness after 18 years of age, and most cases reported as type IV have occurred after age 35.

It is typically characterized by insidious onset and very slow progression. The bulbar muscles, those muscles used for swallowing and respiratory function, are rarely affected in Type IV.

Patients with SMA typically lose function over time. Loss of function can occur rapidly in the context of a growth spurt or illness, or much more gradually. The explanation for this loss is unclear based on recent research. It has been observed that patients with SMA may often be very stable in terms of their functional abilities for prolonged periods of time, often years, although the almost universal tendency is for continued loss of function as they age. SMA is diagnosed primarily through a blood test, which looks for the presence or absence of the SMN1 gene, in conjunction with a suggestive history and physical examination. 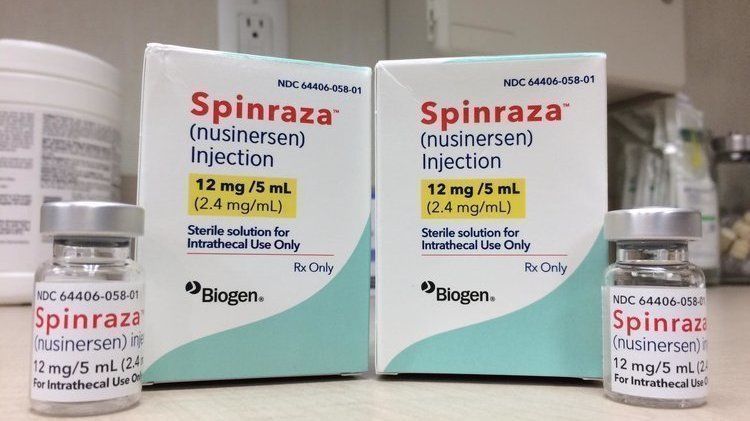 Researchers have identified the SMN1 gene as the primary manufacturer of the SMN Protein. It is the absence/defect of this SMN1 gene that causes Spinal Muscular Atrophy. However, there is another form of this gene called SMN2. The SMN2 gene is similar to SMN1, but does not produce as much protein, or the right kind of protein, as the SMN1 gene. One determination of prognosis is the number of copies of the SMN2 gene. The greater the number of SMN2 copies, the more SMN protein is produced and the greater likelihood that more motor neurons remain healthy and productive. Individuals with only 1 or 2 copies of the SMN2 gene will typically have the most severe expressions of SMA.

Three or more copies of the SMN2 gene will typically mean a less severe expression. Each type of SMA has variability among individual patients.

Please keep this in mind when considering an individual’s care.